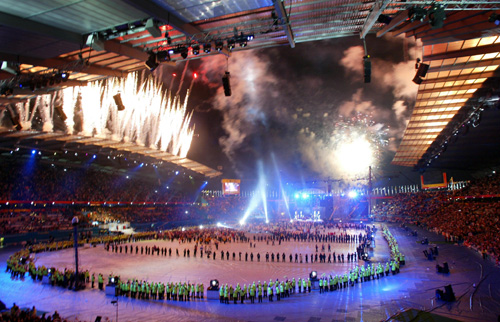 Talk about rags to riches stories, this one beats them all. The Common Wealth Games held in Delhi was muddled with corruption charges, unhealthy living conditions for athletes and was on the verge of cancellation. Today, the final day of the games, CWG 2010 was declared a success by the federation’s president.

“Delhi has performed and the overall image of the Games has been extremely positive”, declared Commonwealth Games Federation chief Fennell on the last day of the multi-discipline event.

“Leading up to the Games, people were not sure whether to go to India or not after all those reports (about the less than perfect build-up) came out. When I was going to India on September 23 I was even asked when would I announce the cancellation of the Games,” Fennell told a press conference.

“I said our job is to fix the problems and not to give up. I had said in a press conference at that time (before the Games) when asked whether there was Plan B and I said Plan B is Delhi. It was always Delhi and Delhi has performed,” Fennell said.

How did this transformation happen? How did the pauper end up a prince in a matter of two weeks? My perception is that the country’s true potential was unearthed after its ugly officials sold the country for their own gain. The management changed, they knew that the entire world was watching them and the people behind the scenes came forward and executed to full power.

India is big on corruption and Indians accept it as though it is a taboo not to do so. And yet, India continues to flourish, going against the tide of world markets. Just imagine if India was to reduce its corruption by a mere 30% (remember it’s a taboo to take out corruption completely), it could end up in a place none have ever envisioned.

Coming back to CWG, the opening ceremony was a spectacle and I am sure that the closing session will better it one step further. And, India is definitely on the world map to host the next Olympics in 2020.