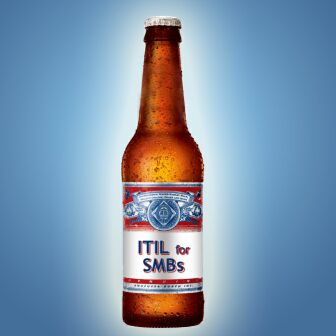 In the age of support and maintenance, I am surprised that ignorance plays a big part in efficiently ignoring the laws that bind status quo. Small and medium sized organizations (SMBs) believe that ITIL does not play a significant part in the way support is extended, and designed.

A Dell KACE survey – Current Trends with Service Desk Tools: A Survey of IT Professionals – was conducted on 850 IT professionals who work in SMBs. 92% of them confessed that they have not adopted ITIL at all in their organizations, and if they did, it was only to serve as a guideline.

They however believed that the service desk tool, which is the chief integrator in ITIL, should be capable enough of integrating with desktop tools  that are generally used in organizations. This would help them automate several activities which might take hours of manual labor.

But, irony as it is, 71% of them do not consider ITIL features while they shop for a service desk tool. You want a tool based on an ITIL function, but don’t care about the framework, duh!

It is however true that many non-large organizations tend to under use a free framework to service their customers. Huge multi-national corporations have resources at their behest to throw in any framework into the system, and get associated ISO certifications out of the hat. It is a little too steep for SMBs to follow suit. You would need to hire a consultancy firm who charge a premium for every hour they put in, including the time they require to drive to the office and back. Processes need to be developed from the scratch, depending on the organization’s requirements, training for staff, documentation, implementation, audits, and if ISO 20K comes along, extra baggage in the form of surveillance audits every six months and re-certification in three years.

But, all this said, SMBs can get more business by providing value to their customers, and cutting down on their running costs. The light at the end of the tunnel is definitely lit, but the walk is quite lengthy and arduous.

Everything You Need to Know about ITIL 4 Certifications

No wonder they stay on as small and medium businesses.