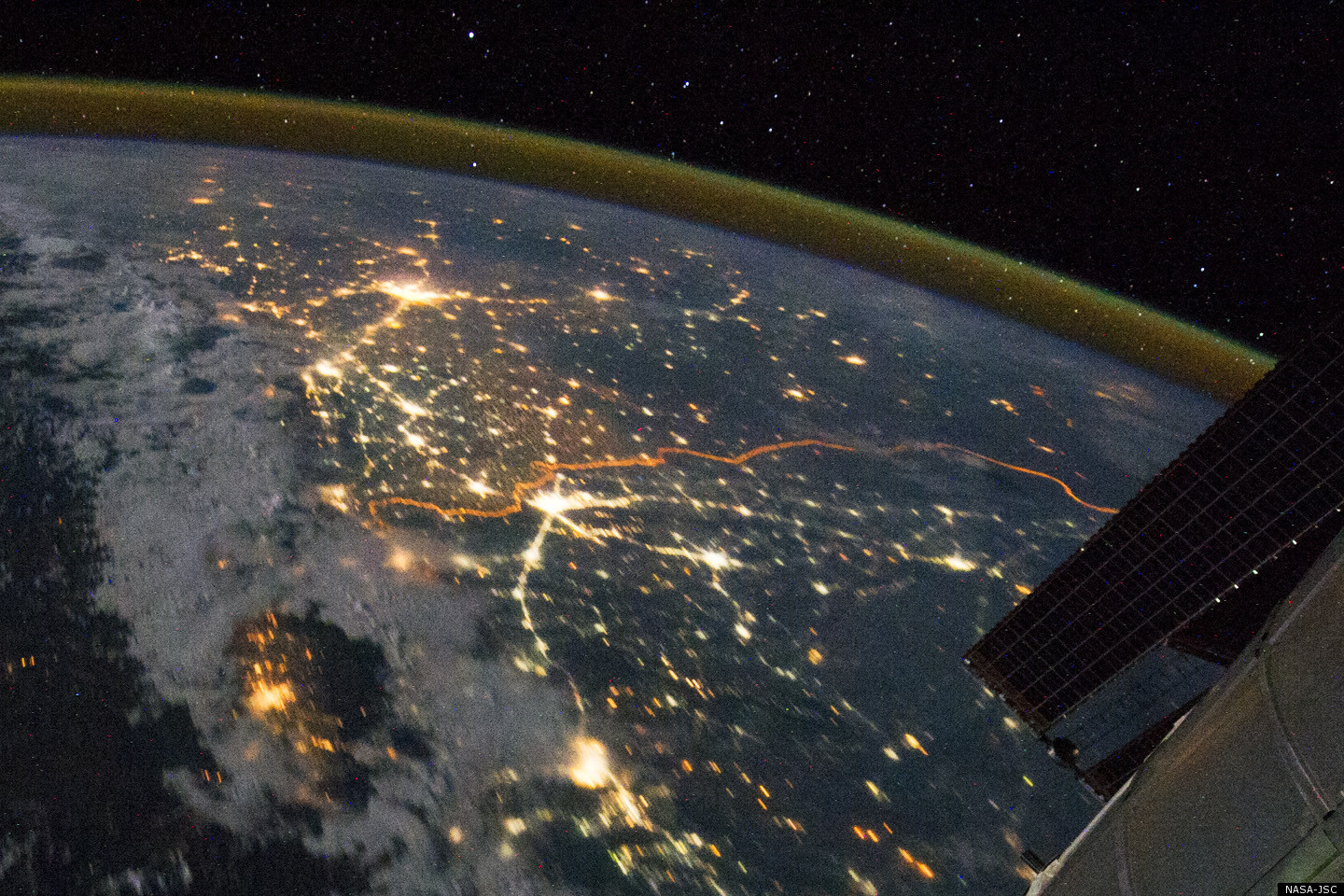 A handful of things can be identified from space, great wall of China is one of them. Close to this wall, runs the border between India and Pakistan. And, surprisingly, the border is visible from space as well. Was the political land bifurcation divine intervention?

Well, the border that India shares with Pakistan is lit almost across the entire stretch. The lightning is what makes the border visible from space. 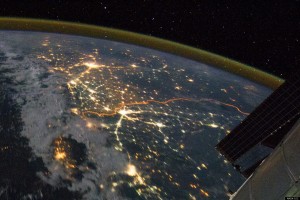 The photo displayed above is taken from the International Space Station.

NASA adds – A striking feature is the line of lights, with a distinctly orange hue, snaking across the center of the image. It appears to be more continuous and brighter than most highways in the view. This is the fenced and floodlit border zone between India and Pakistan. The fence is designed to discourage smuggling and arms trafficking. A similar fenced zone separates India’s eastern border from Bangladesh (not visible).