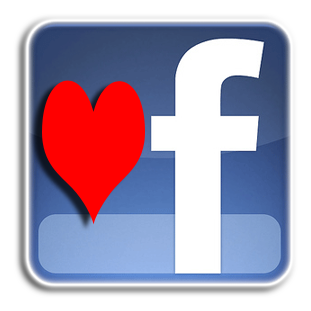 I am probably certain a future headline will read something like this – men are the reason for growing population. I will not be surprised when I read such a piece as there are several similar stories that are breaking out recently. The latest is on the biggest social community host – Facebook. The crime statement reads something like this – Facebook is the leading reason behind divorces in 2011.

The survey conducted by a law firm called Divorce-Online and annulment attorneys in Slidell LA said that a third of the 5000 behavior based divorce petitions filed in 2011 is linked to Facebook – mainly as evidence.

Apparently, the messages exchanged between spouses and third wheels are cited as evidence in the court of law. There are some cases where drinking issues are brought to fore through the statuses dropped on Facebook – going out to be sloshed.

I am surprised that such connections are made, and a harmless friendly neighborhood called the Facebook is made to look like a crook, not by an editor of a daily called Jameson but by an online law firm which is taking a small sample, which is perhaps not diversified across continents.

Why not the reason for divorces something like – cheating husbands, wives habitually sleeping with other women in the neighborhood, abusive spouses, and something and anything on such lines.

One might get evidences from Facebook, but that is not the root cause. A husband who finds it fun to share his bed with whoever it is, must cover his tracks. If he lets something loose on Facebook, he might have done the same in public or shared his adventures with all his acquaintances. To point out Facebook as  a major reason is a game played by the law firm to get a bigger market pie.

Many are getting to know each other, in marriage or maybe affairs as well – thanks to Facebook. Lost friends are finding each other and people share sentiments and things close to their hearts with their loved ones who live across the globe – once again thanks to Facebook. The positives eat away the negatives even before they are in sight. Law firms just don’t find it apt to highlight the positives, huh!

What is a Service?