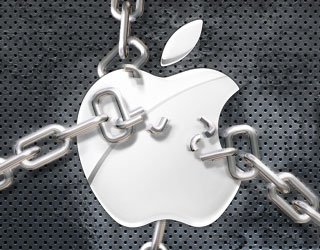 Trend Micro has revealed two pieces of information that is sure to blow some of your beliefs away.

The first and foremost is regarding the rugged security supposition of Apple products. According to Trend Micro, it is a myth, and Apple is most vulnerable to security attacks.

On a vulnerability score of 100, Apple rose to the pinnacle with 91. The next highest was Oracle at 78. Google at 73 and Microsoft is surprisingly in fourth position at 43.

The outbreak of Flashback Trojan has cost Apple dearly. More than 6 lacs computers are affected. And, despite their best efforts to rid of them, 1.5 lacs still remain.

Another research by Trend Micro shows that India is the biggest spammer for Q1 2012. Out of every 10 spam emails, 2 originate from India, that puts the statistics at a whopping 20%. This makes India the highest contributor. The lax security situation in India is one of the reasons for these figures.

Indonesia at 13 %, South Korea at 12 % and Russia at 10 % are the next big contributors in this dubious record.

Last but not the least in terms of importance, Android phones are under attack. The growing userbase has only meant opportunities to villains trying to suck information out of phones. With the advent of smart phones, phones have transformed into computers, thereby increasing their chances of getting hacked.

In Q1 2012, around 5000 malicious android apps were identified and put to rest. So, a piece of advice to all android users is not to install apps that come from unknown sources. Try to play with Google Play only!