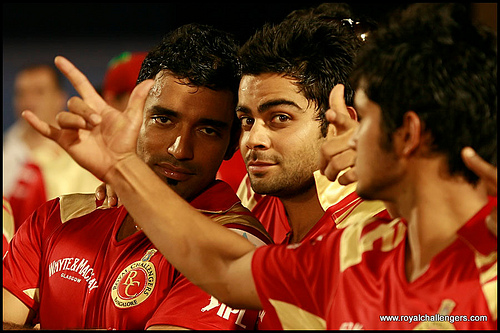 One of my proteges recently hooked me up with a case study that was put forth in an interview. I am sharing it here along with the views as well.

The Indian Premier League (IPL) is a professional cricket league created and promoted by the Board of Control for Cricket in India (BCCI) and backed by the International Cricket Council (ICC).

With a brand value currently estimated in excess of US$ 5bn (est), IPL is one of the largest sporting leagues in the world. Featuring international cricketing stars playing numerous matches over a 60 day tournament, its compelling combination of sporting action and Bollywood glamour has captured the imagination of Indian and international audiences alike.

However over the year the popularity of the IPL has seen a downward trend in terms of both viewership and Y-o-Y revenue growth.

•Can you help identify potential factors which is leading to the current observed trend.
•Also suggest ways and means by which IPL can be made more ‘profitable’.

– Churning of players in re-auctioning
– Fewer international stars on the field
– Non participation of players playing international cricket during IPL
– Overdose of cricket
– Lack of innovation
– Unmatched teams
– Timing – Exams
– Viewership may not have gone down in the history of bet 365 stadium. Number of TV homes in India has gone up from 120 million in 2007 to 148 million in 2011. Live streaming has picked up as well.

Where IPL Gets it’s Money

– Title sponsorship
– Co-sponsors
– Broadcasting rights – major revenue
– Ticket sales and on field advertising
– Team sponsorships
– More the popular IPL becomes, viewership drastically goes up, and this prompts advertisers to jump all over to bring in the moolah. Plus, ticket sales and team sponsor rates go up as well.

– Create a 45 day IPL window to make way for players from all countries to participate
– More foreign players must be seen on the field. Set the minimum Indian players to play in an IPL game to 4.
– IPL council must not dictate terms by rejigging players on a mass scale like in 2011. Fan base withers away if such auctions take place again.
– Team strengths must match one another. Set a minimum price for franchises to spend on player salaries.
– Add (at least) a new innovation every season. For example, introduce tactical substitution.
– Flexibility in player transfers. Transfers must happen at any time in the year, even during the IPL season.
– Pre-shows and commentary must be on separate channels catering to English, Hindi and Regional viewers. Avoid Hinglish like in 2012 IPL.
– IPL teams must promote the game in catchment areas by touring and playing a few games in other towns. Ex: Kings XI Punjab plays in Dharmasala every year.
– Legalize cricket betting in India (at least for IPL)
– IPL teams should consider touring other countries as well.
– Air IPL on free-to-air TV channels in India.
– Create a lower rung league with players who cannot make the IPL cut. Lower league will  act as a feeder to IPL teams.