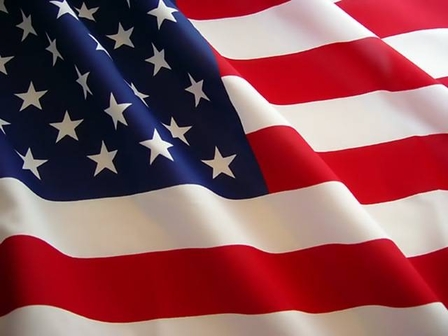 There are a number of requests that are cropping up from time to time on the bills to pass and the measures to take to decrease unemployment in the US. A number of actions are talked of such as discouraging outsourcing of work outside the country. And, further capping the H1B visas, which is primarily seen as the gate pass for foreign workers to take over jobs from their American counterparts.

H1B visa was created in 1990 to allow US companies to hire skilled workers outside the US to work in States. It’s a non-immigrant visa – which specifies that the foreign worker’s stay is temporary. If a H1B visa holder is fired, he/she must leave the country unless he finds an alternate type of visa to stay legally such as H1B from another company or a business visa.

Annually, 65,000 H1B visas are available for grabs and another 20,000 are added to the pool for those who have studied their masters or doctors in one of the universities in the US. This cap has no bearing for universities and nonprofit organizations if need arises. They can hire over and beyond the capped limit.

The H1B visa is valid for three years and extendable up to a maximum of six years. In some special circumstances, the limit could be raised up to ten years.

Many organizations are known to have flouted rules by allowing workers from foreign countries to come into the US on a tourist or a business visa and work awhile here to mitigate the limited H1B visa offerings.

Currently, it is estimated that around 700,000 workers in the US hold a H1B visa. 500,000 of these work in the IT field, a field which tallies 2.5 million workers in the US – which is 20% of the total IT workforce. So, does this mean that there is a dearth of technology workers in the US? Perhaps, but there are some quarters who believe that H1B program is utilized only to pay a lower wage to the visiting employee in comparison to a US citizen with similar skill set.

The US Citizenship and Immigration Services (USCIS) has made the data on H1B visa usage for 2012 public. According to the data available on Computer World, it is interesting to note that the companies who have utilized it majorly are non-US organizations who have set up a US based entity as well. Microsoft who is looked as the company championing the cause of raising the H1B visa limit fares at No.11 in the overall list for 2012.

Cognizant Technology Solution Corporation made the maximum use of H1Bs with 9281 visas, while Indian companies Tata Consultancy Services, Infosys and Wipro utilized 7469, 5600 and 4304 visas respectively. The rest of the players are from the US and India, the US companies mostly being represented by their Indian corporations such as Accenture India Private Limited and IBM India.

Going by the company list, it is evident that the majority of non-emigrant workers heading to US are from India, and as mentioned earlier, a majority of these are in IT.

The visa obtained list for 2012 highlights an intersesting situation which can be translated such as this – US companies outsource work to India to cut the costs. Indian companies hire workers in India and move them to US to work for their clients. The wages paid to an overseas worker is lower than a US citizen, and hence the cost cuts are realized. This cycle is cutting down permanent jobs in the US and giving way for temporary jobs to be created, may not be on the same scale though.

A good number of H1B visas obtained are being used for IT operations rather than in development of new applications and solutions. Currently, the trend is to move all operational jobs to India and other Asian countries. And, the H1B visa is leveraged to keep the work force close to the client and aid in transferring knowledge to the foreign employee.

In a report filed by myvisajobs.com, the average salary of a H1B entrant is $79,370. Computer system analysts and programmers are the top imports to the US followed by financial analysts, management analysts, mechanical engineers, surgeons and electrical engineers. On a related note, Indians outnumber all other communities in the green card application process, which is a step closer to getting an American citizenship.

A group of ten senators representing both the political parties have filed a new bill called the Immigration Innovation Act to hike H1B visa to 115,000, and increase this number to 300,000 over the next few years. It was reported that Bill Gates and other IT giants have testified before that Congress on the shortages they are facing with IT work force in the country and are known to have been lobbying rigorously for the increase in H1B visas.

On the other hand, Barack Obama is taking measures to discourage US companies from outsourcing work outside the country. His administration is working on a tax code that provides greater incentives to businesses and manufacturers who keep the jobs in the US and lowering tax breaks to companies who move jobs overseas.

Meanwhile, there is another type of visa – the O type where O stands for outstanding. This visa is in place to bring in the cream and there is no cap on the limit. A section of the community fighting against H1B visas feel that the Microsofts and others must explore bringing in people who are geniuses rather than normal IT workers.

Here are the Best Airlines in the World!