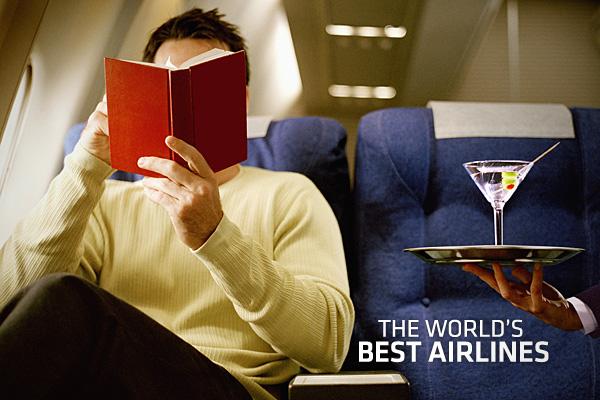 Keeping commitments is a major challenge for airlines around the globe. A number of factors make or break their performances, and their efficiency in keeping up the commitments is something to take note of.

Flight Stats has announced the winners of the On-time Performance Service Awards for the year 2012, a recognition to airlines for their operational excellence.

There is a minimum threshold set for these awards. The operating airline company must operate certain number of flights in a year, and must cover certain number of global locations and most importantly must furnish proofs and other details pertaining to flight data. Around 90% of the world airlines participated in the awards.

For the award pertaining to on-time arrival, any flight reaching the destination within fifteen minutes of scheduled arrival is considered as on-time.

Across the globe, Japan Airlines won the award for best on-time arrival record at 90.35 percent. Other finalists in this category are Air New Zealand, All Nippon Airways, KLM Royal Dutch Airlines and the legendary Scandinavian Airlines.

Japan Airlines is winning this accolade for the third time in a row. It showcases the kind of commitment with their customers which is the greatest marketing tool one can apply.

JAL’s Yoshiki Minami said – “Striving for on-time excellence is much more than simply winning an award. It is a reflection of our commitment to providing a world-class traveling experience for our customers globally.”

In the lowest cancellations category, All Nippon Airways with 0.22 percent cancellations bagged the honors. This is an extremely sensitive category as customer’s degree of trust with an airline increases if the flight they are scheduled to travel does fly, on-time or not. I would rate this category ahead of on-time arrival.

Other finalists in the lowest cancellations category are El Al Airlines, Emirates, Finnair and Singapore Airlines.

Numbers don’t tell the entire story. There are certain regions where inclement weather could play a spoilsport for airlines in reaching the destination on time and non-cancellation of flights. I would ideally like these to be taken into consideration for the 2013 awards, so we end up playing on a level playing ground for all flights across all geographies.

It is also no surprise that the winners in both the categories are airlines based out of Japan. The country has always been ahead of the rest of the world in defining and exhibiting quality, and the airlines awards is just further proof of it.