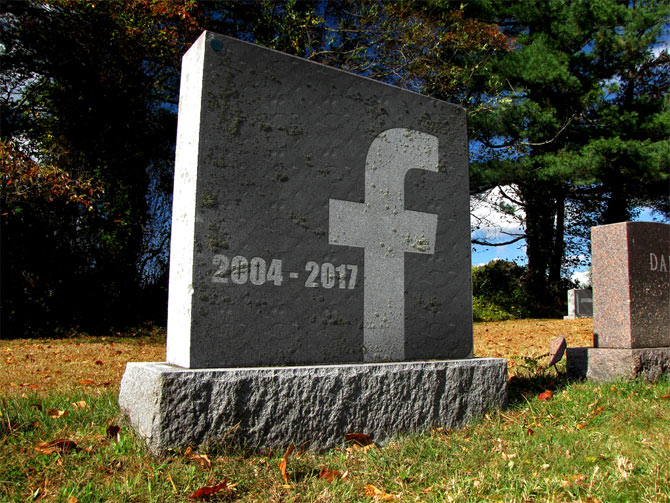 The faster you rise, the harder you fail. This adage perhaps suits Facebook in this century. The popular social network is on its way to becoming obsolete, according to researchers from Princeton University.

The researchers John Cannarella and Joshua A. Spechler have drawn parallels between Facebook and disease. Like diseases, they say, Facebook will die as rapidly as it spread. They are leveraging on epidemiological (pertaining to disease spreads and quarantines) models to understand the rise and fall of online social networks. They have used Google search data to correlate their model, and Google data reports that Facebook was at its peak in 2012 and the search entries for Facebook is falling since then.

Another parallel they have drawn is with MySpace, the social networking channel that became an instant hit with teenagers a few years back. MySpace became very popular since 2008 and suddenly dropped off the face of the internet in 2011 due to lack of user based activities.

The researchers are of the belief that Facebook has reached its zenith and is now on its way down. Several users are abandoning it. Their trends point to 2017 as the year Facebook would cease to exist.

The analogy with the spread of disease is interesting. They say that the way we catch a flu is through our family and friends, likewise users typically joined Facebook as their family and friends were on it. In due time, the disease stops to spread as our immune system kicks in to resist the attack. So, in essence, we will start building an immunity system towards Facebook and start phasing it out. According to their studies, there is evidence to suggest that people are getting fatigued staying on Facebook and the demand it puts on them to update, like, connect and other activities.

The abandonment phase or the recovery from disease phase is similar to how we deal with a disease. As Facebook abandoned users come in contact with other users, they significantly influence the others to be free of the disease, and this will catapult into a a downward spiral for the social networking giant.