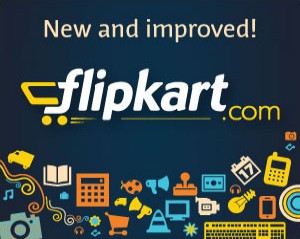 Bangalore based Flipkart has set new record levels by touching sales mark of one billion dollars for this fiscal year. This target was meant to be achieved in 2015 but the company has grown beyond its dreams to touchdown one year earlier.

Flipkart statement read – “In March 2011, we announced that by 2015, we wanted to hit $1 billion in GMV. At that point in time, our run rate was USD 10 million. Today, we are really proud and excited to announce that we have hit a run rate of $1 billion GMV one year before our target.”

Flipkart was founded in 2007 and it started with books and slowly they expanded their way into other commodities including fashion. The latest addition to their catalog is furniture.

News from the grapevine last year was that the company was minting losses since inception. Yet, investors had enough faith to pump in additional capital. The question still remains whether Flipkart is making sufficient money to keep investors happy.

“We have grown 100X in the last three years and it reinforces our position as the leader in the Indian e-commerce industry,” the statement said.

Indeed Flipkart is the largest e-commerce company in India, with Snapdeal not too far behind them. The online market continues to grow in India and e-commerce companies with good logistical models are bound to come out on top. In principle, e-commerce industries act as courier services to meet demand of consumers through their suppliers. How economically a company is able to deliver the product is the core that either succeeds them to pinnacle or bankrupts them to oblivion. There are some merchant services companies to help people financially.