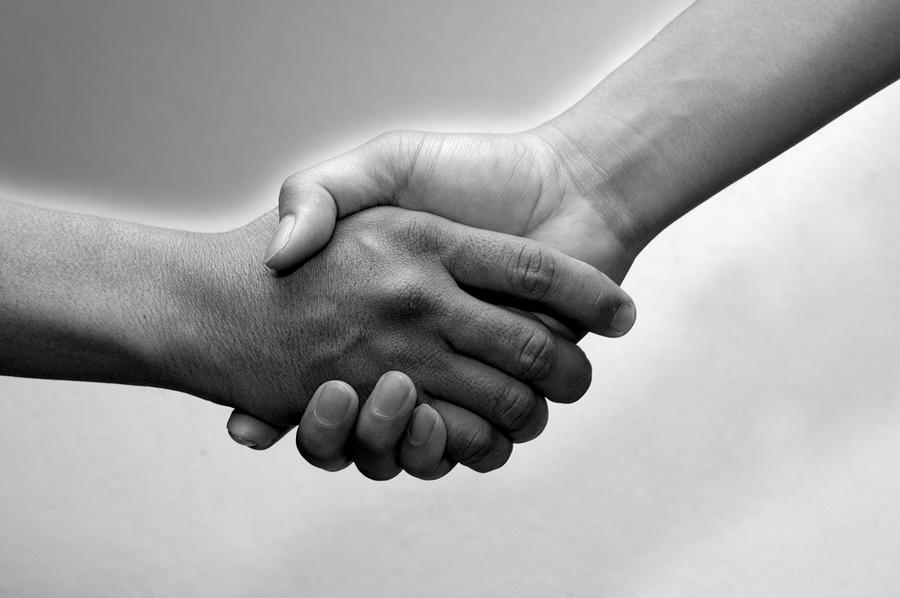 Globally, the accepted body language of professional greeting is in the form of a handshake. People shake hands when they meet, and after concluding the meetings. Why do they shake? Is there more to the shaking than it meets the eye?

According to Harvard associate professor Francesca Gino, shaking hands has a great effect on negotiating. It opens up people to start putting out what they want, and the positive atmosphere created by affirmative shake will aid in bringing about constructive negotiations to the fore.

In a study conducted at Harvard, a firm handshake while looking at the other person in the eye made job seekers better employable than their peers.

To understand the power of handshakes during negotiations, a study was conducted with test subjects. The objective was to negotiate on a residential land deal. The buyers had inside knowledge that the residential zoning would soon be converted into commercial while sellers were ignorant of this knowledge. Half the pairs were asked to shake hands while the others started the business without it.

The buyers who did not shake were secretive about the knowledge they had. When the topic arose on zoning, they avoided the topic or lied in plain sight. The ones who shaked on the other hand were not as misleading as the ones who didn’t when the zoning came up.

In yet another study, undergraduate students played the role of hiring managers and job candidates. The results were similar with the shakers being more open to what they wanted in terms of financial compensation, preferred locations and joining date while the non-shakers didn’t open up as much.

Takeaway from these studies is staring right in our faces. To build rapport and have meaningful dialogues during meetings and discussions, shake hands firmly while looking right in the eye of the shaker. This does not take a whole lot of effort, but plenty of practice will ensure that you do it each and every time.

What should You do with Non-Performing Resources (NPRs)?