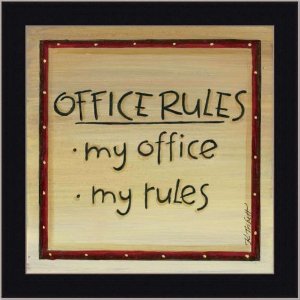 We have discussed earlier on the quirky office designations that can help employers check attrition. A new study on a similar topic has come up with a new theory that employees who choose their own designations can better control emotional exhaustion.

A research was conducted by Adam Grant, management professor at Wharton on 22 employees from mid-west chapter of Make-A-Wish Foundation.

The foundation employees work at the ground level and are exposed to the hardships faced by the needy, and unpractical expectations are set upon them. The tasks imposed on them are grueling and can be exhaustive too.

To overcome the situation that employees often came across, Make-A-Wish foundation allowed employees to come up with their own designations. The idea of quirky designations was sparked from the cast members job title at Disneyland.

Here are some of the new designations. The CEO called herself as the Fairy Godmother of Wishes. The COO became Minister of Dollars and Sense. Public relation officers turned themselves into Magic Messengers or Heralders of Happy News. The people who interact with the needy, the wish managers transformed into Merry Memory Makers. The new designations went along with the original ones on the business cards.

The employees of Make-A-Wish foundation were observed, analyzed and cross-referenced with questioned by the team from Wharton. Around 85% of the employees felt that the new designations helped them cope with emotional exhaustion better. Marry Memory Makers felt that the cheery designations helped them enjoy their work rather than get involved emotionally in the hardship people faced.

Wharton researchers believe the new job titles helped employees be who they really are express their true identities rather than trying to adapt to the official designation. In other words, they didn’t have to pretend to be somebody else.

The white paper concluded with these thoughts – “Our findings highlight a novel, practical process that enables employees to play an active role in reducing their own emotional exhaustion,”

“When leaders encourage employees to reflect on–and then reflect out–their unique value through personalized titles, employees are able to express their identities in ways that contribute to a sense of affirmation and psychological safety, reducing emotional exhaustion.”