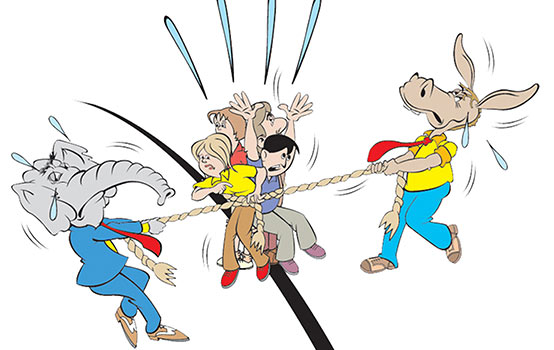 Software development organizations that have implemented ITIL or one of its variants often ask me how the framework will be phased out as we start implementing DevOps processes. A few organizations have started taking steps to do away with ITIL framework without due diligence from a DevOps perspective.

In the case of ITIL and DevOps, why does one have to be a plaintiff and the other defendant? Why not both on the same side?

DevOps is not something new that has risen from the depths of IT and management frameworks that aims to do away with the old and bring in the freshness. DevOps is a change of perspective – doing the same things with a different mindset.

DevOps aims to speed-en things up, make processes agile and increase productivity. How does any of these conflict with what ITIL proposes? What DevOps aims to achieve is good for the world and ITIL framework too can adapt to the changing mindsets.

On the other hand, DevOps has operations as well. Many forget that it does and look at it purely from a development angle. And which framework is the best in the industry to manage operations? ITIL – hands down. With the ITIL framework as a foundation, DevOps can become a potent force that is here to stay, evolve and transform the way we plan and execute.

When we weigh in DevOps and ITIL, it is not the same as Waterfall and Agile. The latter comparison is on the opposing sides of the battle because they aim to manage project deliveries. In the case of DevOps and ITIL, the frameworks complement each other and bring the best out of the other. 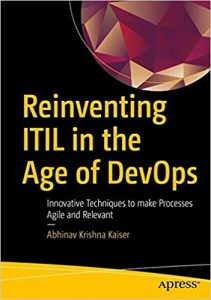 In my book, Reinventing ITIL in the Age of DevOps, I have married the DevOps methodology and ITIL framework with the best of both worlds. I have gone in so depth into the ITIL framework and have recommended various tweaks and adaptations to make ITIL DevOps-Ready.

Further, each of the twenty-six ITIL processes is analyzed for inducing DevOps mindset and agility to ensure that the ITIL framework adaptation for an existing implementation or a new ITIL implementation with DevOps adaptions is as smooth and less disruptive as possible.

ITIL functions aim to place people in various silos and bring them together when there is a need from the process front. The process acts as a unifier. This is the old way of thinking. In the new mindset, we aim to bring people together so that the collaboration and synergies developed to create value. This concept is brought forth in the book as the age of new teams in an operational world.

The world is changing. It is no longer this or that. It is rather doing what works and discarding what doesn’t. ITIL too when it came out with its latest version in 2011 focused on the practices that existed in organizations and my exercise of adapting ITIL into a DevOps project is an exercise to make ITIL more powerful when there are talks of reducing it to non-software organizations. ITIL is here to stay, wherever there are operations in play, and I cannot imagine an organization delivering products and not operationalizing it.

[…] whether ITIL has met its end in the age of DevOps. And then some pondered over the possibility of DevOps and ITIL opposing each other. The jury was divided whether DevOps and ITIL could […]