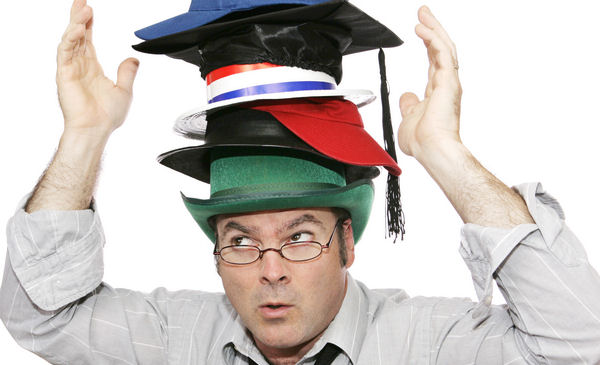 An Agile project is different in a number of ways. Although the areas remain unchanged, the way it is executed is tossed and flipped.

The schedule of a project is largely based on the scope. The scope controls the schedule, and a roadmap driven project can accomplish based on a number of factors leading up to the milestones put forth. Who manages the schedule? Within a sprint, the scrum master to an extent does. But across the entire project, it is the entire project team (including the product owner) that determines what is possible.

In terms of the quality of delivery, the entire team assisted by DevOps architects and Agile coaches help shape and peck at making a product that’s of acceptable quality. The scrum master ensures that the processes put forth and agreed is followed to the tee.

Finally the cost. The cost of a project is mainly based on the team involved and the hours they spend. Controlling the cost involve allocating team members, and the number of sprints is based on the scope. But who actually manages the cost? The Agile project management frameworks does not put a finger on a role who’s responsible for it.

We looked at the four major areas of project management and in a traditional project, the project manager manages all the areas. But in an Agile project, the areas are split among multiple roles and in some cases the responsibilities are not clearly owned by a role.

The scrum master is not a ring leader who manages the show but rather is a part of the team who’s role specifically is to ensure that the rest of the team is able to play their parts without hindrances. The scrum master is popularly called as a servant leader who does not command over the team members but removes the blockades in front of them to ensure that their path to completion is as smooth as possible.

Do We Not Need a Project Manager?

The gulf between a project manager from a waterfall project and a scrum master in an Agile project is not exactly like for like. A number of requisite responsibilities are ambiguous.

Although I love mysteries in a fictional world, but in a project world, I prefer lucidity. In Agile projects, we need a bridge between the role a waterfall project manager plays and what a scrum master does. There is place for both of them – a commander and a servant leader. Who is that?

No I am introducing a new role in addition to the scrum master. But rather I am creating a new role who puts on the hat of a project manager as well as plays the role of a servant leader.

The Agile project manager keeps a tab on the three areas – schedule, cost and quality; while leaving the scope with the product owner. He has the holistic view of where the project is heading, and at the same time has his ears to the ground by playing the role of a scrum master.

He still works with the DevOps architects and Agile coaches to define quality strategy and develop test plans to make it a possibility. As a scrum master, he plays out the script to ensure the quality is as expected.

Likewise, the cost and schedule as well can be better managed by somebody who can see afar and understands the ground reality to know what the velocities and capacities are.

So if your Agile project does not have a project manager, it’s probably time to get one. Hey, but wait. Make sure you get someone who can put on a scrum master hat as well!

PMP Exam Tip: Manage The Time During Your PMP Exam

[…] Description: A scrum master is a watered down project manager who gets to work with people rather than with data and numbers. He/she plays the role of a […]