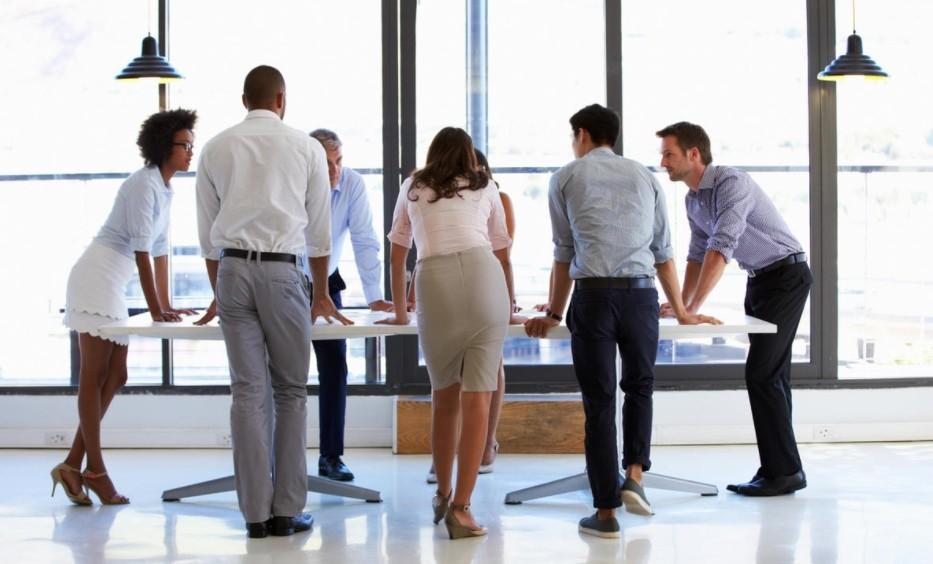 The best part of Agile is that we could try anything we want, and if it works out, then we continue doing more of it, and less of what was preached. I don’t recollect a day when the daily scrum meeting was run to the tee. It always veered here and there, and these deviations gave the best of the days.

In this post, I will share 10 tips that will vastly improve the quality of your daily stand-up meetings. Why 10? There are more, but 10 as a number is quite attractive and I rather not have my readers ponder over numbers such as 9 or 11.

The main objective of a daily stand-up meeting is not to understand where we are or what our impediments are. But rather, it is about setting a rhythm so that the rest of the day can sync in harmony. Without a stand-up that happens at a certain time of the day, the team tends to lose focus and the center of gravity will vary for every team member.

I prefer to do it first thing in the morning. Because we are all fresh and what’s the ideal way to start it? Start with something that sets the rhythm, and an activity that sets tone for the rest of the day to come.

Tip 2: Don’t be Religious about the Three Questions

The three questions have becomes as religious as the father, the son and the holy ghost. Every time I sit down to observe a team run its daily stand-up, the scrum master repeats the questions over and over again. To me, it feels like wearing blinders and not willing to adapt to the situation. True, in some situations the three questions is apt, but not always. The magic is in identifying when it is not and substituting it with a different flavor of questions.

One team that I coached, I completely junked the three questions and made it into a sort of a status plus catch-up meeting. The meeting set the tone for the rest of the day for all team members and ever since, the team has been doing wonderfully well. But, there is a catch. This was not a typical development project!

What did you do yesterday?
What will you do today?
Are there any impediments?

Tip 3: Keep the Focus on the Prize

What is that you as a scrum master wants to get out of the daily stand-up meeting? Think of this first and the answer you come up with, write it down. And then when you start moving your team members during stand-up, you begin to achieve the daily stand-up’s objectives.

Every team has its own set of ramblers who go on in various directions and not talk of what is at the core. This will 1. De-Focus the team 2. Waste everybody’s time 3. Objectives of the meeting will not be met.

So what should you do as a scrum master? This meeting is your to chair right. So take the bull by its horns and steer the meeting towards your objectives. How you do it is your strength. I have seen scrum masters who are very subtle and they do things so delicately nobody ever finds out what his true intentions are. And there are some who call a spade a spade. At the end of the day, they may not have too many friends but would have achieved a lot of the day’s goals.

Tip 4: Keep it in the Visual Domain

When each one of the team members speak out, it adds a lot more value if a scrum board or a kanban board is displayed on the screen to guide the team and the team member in particular to narrate their story. The stand-ups that does not employ a visual marker often can miss out on certain key updates as human memory is the last thing we should trust.

Keep it visual. Let it either be a list of user stories or tasks that the team member is working on or a physical board is even better. But there must be something other than just our faces!

Tip 5: The Order of Talkers

One of the teams that I recently coached has been following stand-ups for a while and the scrum master had drawn an order and the speakers knew their order quite well. Without prompting one would follow another. I thought that this could be a great idea, avoiding the usual jibber jabber from the scrum master and making the daily stand-up a whole lot more efficient.

Over time, I observed that team members who had finished up early started fidgeting with their phones or didn’t really pay attention. And the ones at the end woke up when their turn neared. I felt sorry for the ones in the middle who didn’t really have this luxury time.

I don’t entirely blame the team members for their respective actions as it is human behavior to anticipate and adjust. They were living through natural selection and evolving. This however was against the core objective of what the daily stand-up stood for. We wanted the entire team to be active.

So I started to mix the order. I would call out names randomly. And this helped for a certain period of time but the team found me out and the pattern that was running in my head. So I improvized. I introduced a ball and the speaker held the ball in his/her hand as they spoke. Once they were done, it was their responsibility to choose the next person and toss the ball. This brought the life back in the game and I don’t know how much longer it would work but it currently is running smooth keeping everybody hooked and focused (at least on the ball).

A number of actions come out of every stand-up meeting. Be it prioritization of items within a sprint backlog or registering impediments. Every single action that comes out must be documented and read out before the meeting closes down. Once again I would like to stress on not relying on untrustworthy mind to remember things. Putting things down and recapping helps.

Use a collaboration tool such as Slack to document actions and team members can always refer back to it through the day. A co-located team can put this stuff down on a whiteboard. Anything that works!

Let’s be honest here. Most of the teams today are distributed. A stand-up meeting literally expects team members to keep standing to bring in the urgency to complete the meeting in fifteen minutes. But standing up when you are sitting in a cubicle looks odd and can be a cause for ridicule.

When the teams are co-located, there is absolutely no choice. Even if chairs are placed in the room, the team stands, talks and leaves. If there are distributed teams with multiple team members in the same location, I would prefer that they move into a room and take the meeting standing. This brings in the sense of urgency and makes this meeting different from all other meetings where you would normally be in a relaxed and laid back mood.

What Exactly is the PMI-ACP Exam?

The 7 Questions Every PMP Exam Student Asks Their Coach