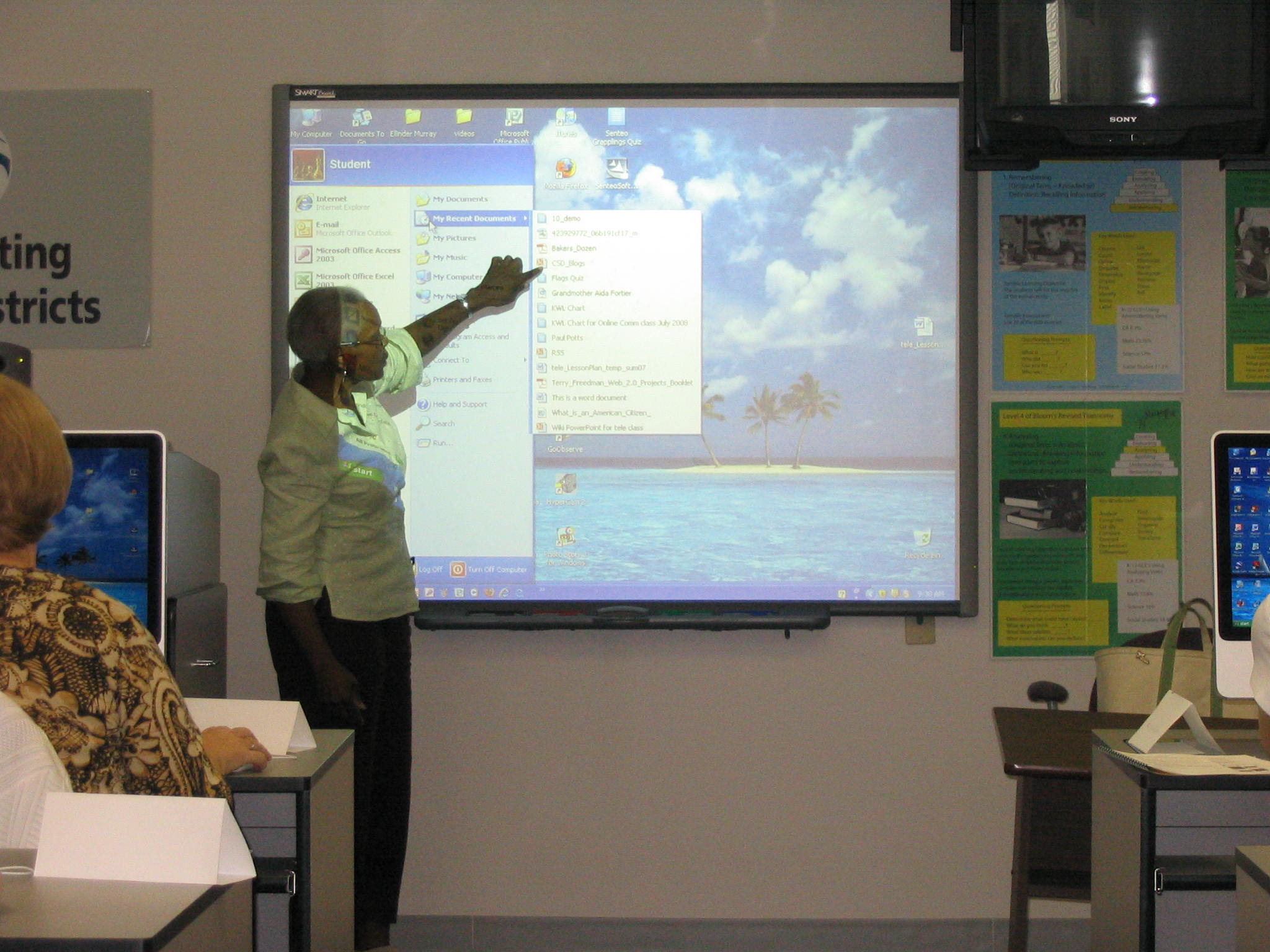 In today’s world, the run of the mill for presenting a topic in a classroom environment is to run a powerpoint presentation and use that as a reference to orient your speech. I have been in the IT industry for close to ten years and have heard hundreds if not thousands of speakers, good and bad alike. The good ones were knew the etiquettes of public speaking and their talk gelled well with what was on screen.

Like everybody else, without a mentor in my initial days, I know I was bad when I presented my ideas. Either my words didn’t match with the content on the screen or was reading words off of it. It took a good couple years to understand the etiquettes of classroom speaking, and I don’t want you to reinvent the wheel. I have compiled a small list of ten to walk you the path towards being a good presenter. By no means, this list is comprehensive, it’s just that I couldn’t think of any other items to add. If you have any to add, please be my guest. Comments at the end will act as a good forum.

1. Powerpoints are to be used as a guideline to your speech

This is most important. Note that powerpoint (ppt hereafter) is not an alternative to memorize what you need to speak on. Instead, it’s a guideline that gives organization to your speech. If you believe that the content in your ppt is anything more than the framework, I strongly advise you to delete the excess fat immediately.

Excess fat will annoy your audience, or rather will confuse them. They will be left with a choice either to follow you or read the projected words.

2. Use bullets for organizing your thoughts and the flow of your speech

As I mentioned earlier, ppt is to be used as a framework. Your guideline can look in umpteen number of ways, but the accepted standard in today’s industry is the use of bullets.

Each bullet presents a new point you make. It makes organization of your thoughts simpler. And, most importantly, your audience know when a sub topic ends and the next starts.

Do not repeat the same idea in multiple bullets. The idea of bulleting your content is to keep it terse, repeating the same point over and over again defeats the purpose, albeit one might justify repeating a sub topic multiple times will add to the gravity of it. It doesn’t work that way in ppts.

Some days back, I sat through a presentation, where the speaker had lifted the text from web and pasted it onto a ppt slide. He pretty much read the entire time from the words beamed from a powerful bulb. I hardly heard him say anything from memory or from instinct. This is bad, very bad way to run through a session. Don’t do it. Use bullets, and only with specific keywords.

This is a continuation of the previous point I made. Do not read from the ppt, ever!

There are times when you need to put down certain definitions on the screen. Good, I am not objecting it. When you speak about the topic under consideration, tell them in your words what it means. Once done, ask your audience to go through it. Reading it for them doesn’t help, it irritates them instead. None can follow you when you read off the screen. I am confident that your audience are capable of reading from the screen for themselves.

5. Do not use animations in your ppt, especially when you are in a professional setup

Microsoft powerpoint gives you the feature of adding animation for each of your bullets, and while you sift through the slides. As the feature is made available to you, it does not mean that you use it, especially in an office setup.

My objections are multi-fold. Firstly, we all lack time and each transition takes a couple of precious seconds. Anything we can save, is worth every milli-second of it. Audience would rather reach home five minutes early rather than sit through redundant transition animation.

Materially speaking, it adds no real value. Audience rather see all the points at once (or in an instant), rather than watch it dance to the tune and take its position as choreographed by the presenter. Using animation loses professional touch to your presentation.

6. Face the audience and not the screen when you talk

This is a mistake that rookies usually make. People who grow up talking in this setting ensure that their backs face the screen rather than the eyes staring at him. If any speaker who does not make eye contact with the people listening in, the personal touch is rather absent, and the information flies over their heads.

7. Use a laser pointer pen

This is optional. If you have a requirement to point to particular spot on the screen, you must use a laser pointer pen. Telling your audience to look at the third bullet, and towards the end of it makes little sense. I find it particularly helpful when I place images of processes and run down the steps one after another.

I have seen rookie speakers over-use laser pointer pens. They point at the bullets as and when they start reading it. They make it look like a karaoke with the lyrics running down the screen with the actual words getting highlighted.

8. Read out the slide number if you have remote audience

Another pet peeve of mine. It’s quite common these days that the speaker and audience are not co-located. A telephone is the most preferred means of bridging the speaker with the listeners.

It’s a given that you would share the ppt with the group before you begin speaking, at least a couple of hours prior to your scheduled hour.

When you start to speak, it is imperative that the speaker must mention the slide number he is referring to. This needs to be done every time the speaker changes the slide. In some cases, if the ppt is complicated, the presenter needs to number the bullets and call out the number when he starts to speak on it. If you don’t do it, it’s considered a cardinal sin from the man above. Just kidding!

9. Do not block the projector while you roam about speaking

Some speakers don’t realize that they are actually blocking the screen while they are engrossed with the words coming out of their mouths. I don’t blame them for the act, but hold them in offense for confusing his/her audience while the light from the projector shines on him/her.

Before you start to speak, just look around the room, and mentally chart out where you can walk and where not to trespass. This may not be an issue if the screen is placed at a higher altitude, especially in a seminar envinronment.

10. Turn off the projector when needed

I particularly turn off the projector when I am about to alight on a point which is deep, and when I need the full attention of my listeners. Turning it off ensures even the mites and ants in the room pay attention to what I say, and not heed towards distractions, such as the bright spot in the room. Remember, you need to be the brightest part of the room when you want your audience to (really) listen to you.

When I say turn off the projector, I don’t mean physically turning it off. Microsoft Powerpoint has an amazing feature that blacks your screen with a touch of  a button. That magic button is b.