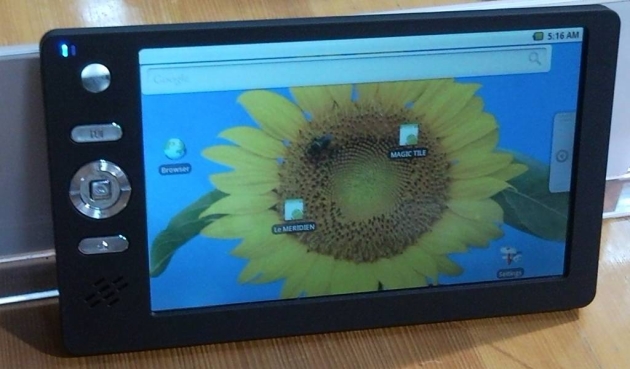 A new tablet PC has been developed in India by HCL Technologies, and the cost is rock bottom. Priced at $35, it is set to unfurl a new storm in the already-crowded tablet PC market.

The project is nicknamed ‘Sakshat’, and is backed by the government of India. This product was scheduled to be launched in December 2010, but like all other government projects, this was delayed, but not by a huge margin as in others.

The specs are not bad either. It boasts of a 7 inch touchscreen. The tablet can inherently video conference and play multi-media content. Wi-fi is offered, and so is USB 2.0, which should go without stating. It runs on Linux, and the offered 32GB hard drive and 2GB RAM should be reasonably sufficient. Testers have confirmed that it can run Open Office suite and SciLab amongst other not-so-hard-on-memory applications.

The government further has plans of subsidizing this tablet PC, and bring down the price by half.

I wonder if this is the beginning of a digitized age in India, and other developing and under developed countries.