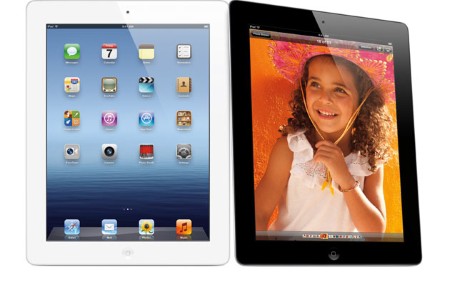 Apple CEO Cook in China -Apple CEO Tim Cook may not have the brains and charisma that Steve Jobs carried but he is definitely on the right track impressing Chinese authorities in China. He is visiting the country, requesting cooperation to further his business and pump in R&D. He met the Beijing mayor Guo Jinlong and has discussed on the lines of making Beijing the IT capital of the world. Read further.

Microsoft Crushes Zeus Fraudsters – This is the action the people in IT would like to experience. It is more on the lines of detective work and high action drama. Microsoft announced that it has acted against cyber criminals who are indulging in online fraud and identity theft. First they had to get legal approval and their technicians set forth to bring the fraudsters down. A cluster of offensive Zeus botnets were operating under 2 IP addresses and 800 domain names, spreading malware across systems worldwide, and Microsoft has successfully nuked the IPs and brought down the domains. The next action would be to identify the source and incapacitate them. Sounds interesting! A novel in the offing?

Does Ceglia Own Facebook.com? – Remember the lawsuit filed by Paul Ceglia that he owns half of Facebook as he commissioned the project during Zuckerberg’s college days?  Well, Facebook conducted forensic tests and an analysis of communications exchanged between the two estranged entrepreneurs and has decided to file a motion to dismiss the charges. Plenty more on this here.

HP and Oracle Slug it Out in Itanium Case – HP and Oracle have sought pre-trial wins in the Itanium case in a California case. Oracle plans to discontinue support for Itanium microprocessors quoting that the manufacturer Intel has made it clear that the chip was nearing end of life. HP is opposed to it, terming that their terms and conditions with Oracle state otherwise.

New iPad Charge Display Incorrect – A review conducted by Display Mate showcases a semi-major flaw in the new iPad in the charging mechanism, rather the displayed percentage on the screen. The battery meter reads 100% while it is 90% full. Leaving the iPad charged for a longer time will fully charge the device. All this time, the meter still reads 100%. Read the humongous review here.

Japanese Court Orders Google to make Changes to its Auto Complete Feature – Google has been asked to make some changes in its auto complete feature. An unidentified person who typed his name on the search engine, the auto complete feature suggested crimes linked to his name. This has personally affected him, and is unable to find a job. Google is yet to acknowledge the change they are ordered to make.

Temple Run for Android Released – The famous iOS game Temple Run is now available on Android. It is buggy however, with users reporting frequent crashes and memory drowns. It is compatible on device that run on Android 2.1 and more.