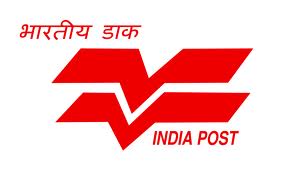 Infosys, TCS, Reliance Infra and Sify Bag India Department of Posts Projects – In what could be seen as modernization of the Indian postal department, a number of IT projects have been initiated and top Indian IT corporations brought on board.  Infosys has won the project for Rural System and Financial Services Integration, TCS for change management, Reliance Infra will setup the data center and Sify for Network Integration.

Indian Military Servers Hacked – An unnamed Chinese student has hacked into Indian military research materials and also some Tibetan websites. Trend Micro has identified the intrusion and it is said that the campaign was called as the lucky cat. Things pertaining to national security must never be hooked onto the net if there are no provisions to protect and defend such malicious attacks. There were reports that the Indian military were far from being modernized and it looks like their data is in the same state of affairs. It is shameful that a country that boasts of millions of IT geniuses cannot protect information that is most important to them.

Tim Cook is Rated the Best CEO – Apple CEO Tim Cook has been rated the best by his employees, with an approval rating of 97%. He pips Steve Jobs in this aspect. Qualcomm CEO Paul Jacobs came second at 95 % while Google CEO Larry Page was rated at 94%. The survey was conducted by jobs and career site Glassdoor and 280,000 employees participated in the survey.

Foxconn to Build a New Facility in China – Apple’s major hardware supplier Foxconn is setting up a new facility in China’s island province of Haikou. Apart from Apple, Foxconn supplies hardware for Sony, Dell and other majors. The new facility is expected to generate millions of jobs. Does this have any significance with Tim Cook’s visit to China?

Mohandas Pai and Ranjan Pai Invest $35 mils in 4 Companies – Former Infosys director Mohandas Pai and his associate Ranjan Pai have invested $35 million in 2 Indian companies and 2 US based companies. One of the beneficiaries is bigadda.com while the other is California based Insightra. The other two names are kept secret for reasons unknown. It is learnt that the funding for these projects came through selling Infosys equity. Read more.