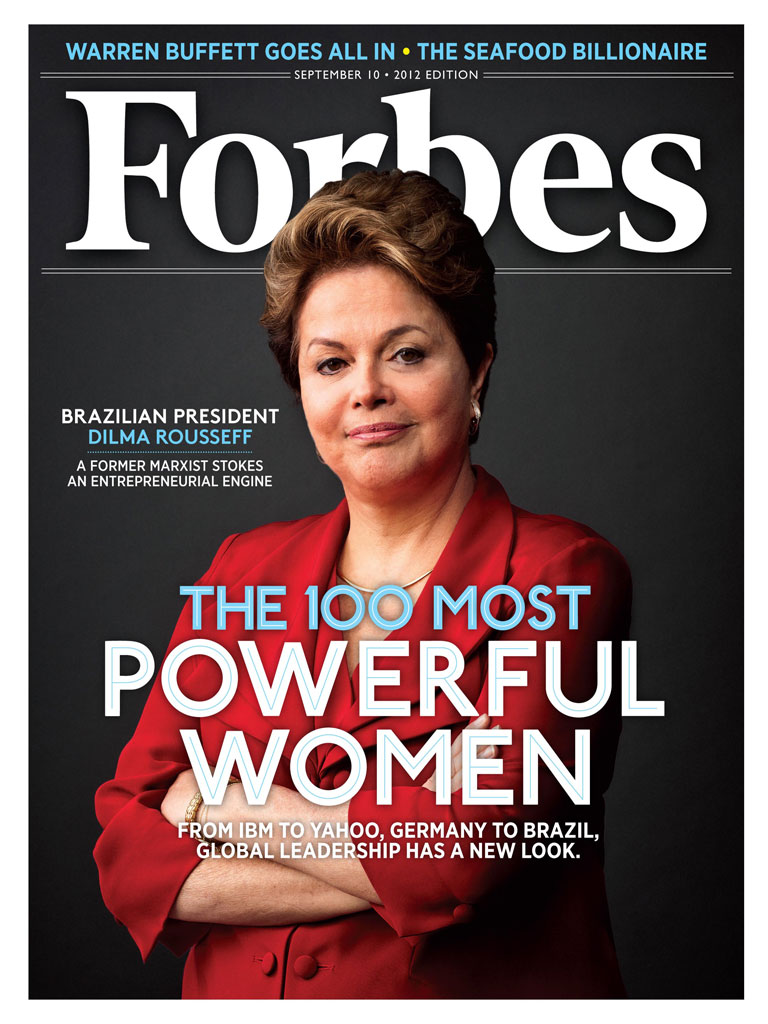 Forbes magazine has published a list of 100 most powerful women in the world. The women chosen come from different walks of life and are champions in their own rights.

The list is headed by Angela Merkel who is the chancellor of Germany. The 58 year old was instrumental in handling Euro debt crisis and is a key member of the European Union.

The President of Brazil, Dilma Rousseff comes second to Merkel. She heads the seventh largest national economy and is seen as a supporter entrepreneurism and pro-development.

Bill Gates’ wife Melinda Gates is No.3. She is the co-chair of Bill and Melinda Gates foundation which is supporting the cause of eradicating polio by 2018 and make contraceptives available to some 120 million women by 2020.

The fourth and fifth positions are the United States’ first lady Michelle Obama and former secretary of state Hillary Clinton. The first lady is fighting childhood obesity and promoting healthier eating lifestyle for American citizens. Hillary is looked at as the Democratic presidential candidate for 2016 elections and she has adorned herself by being the first woman senator and the first woman secretary of state.

Other notable personalities in the top ten include Sheryl Sandberg, COO of Facebook, IMF director from France – Christine Lagarde and Janet Napolitano, secretary of Homeland Security, US.

Italian borne Sonia Gandhi who heads the Congress party in India is at 9. She is looked at the power behind all the decisions made by the Indian government. Indra Nooyi, Indian origin CEO of Pepsi is at 10.

The rest of the women listed in the list include heads of states and CEOs of multi-global corporations.