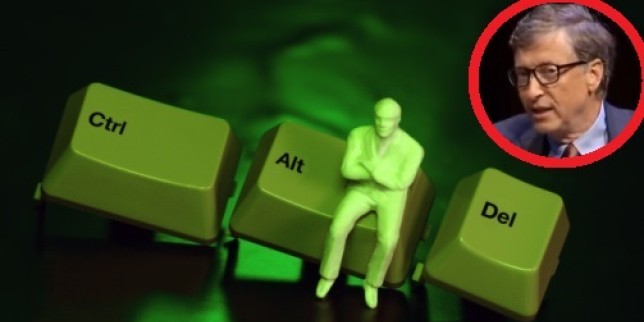 Bill Gates has finally come clean on the combination that is synonymous with Microsoft Windows – Control, Alt and Delete. On the fringes of a Harvard press room session, he admitted to the blunder that got introduced into the original Windows operating system.

Gates plainly put the blame on the developer for the three-key combination. He now wishes that it was simple as a single keystroke as Apple did it.

“It was a mistake” – Bill admitted and started to laugh, and the Harvard crowd joined in.

The question to perhaps ask is when did it occur to him that it was a mistake. Windows 8 came out last year. So, if it was before that time, which I believe is the case, the keys could have been rejigged. That being said, Windows 8 actually brings you to a logon screen which does not ask you to press the Ctrl+Alt+Del keys. But, users can get into the Windows configuration and switch back to the classic way of logging in.

Second reason why the three pronged keys never got dropped is due to user habits. Taking out the start button created a flutter. Imagine how things would have been if the three fingered salute had kicked the bucket too.

The designer who Bill Gates blamed is David Bradley from IBM computers. He says that it accidentally got introduced into the system.

“I originally intended for it to be what we would now call an Easter egg — just something we were using in development and it wouldn’t be available elsewhere.”

“But then software publishers found out about it. They were trying to figure out how to tell somebody to start up one of their programs, and they had the answer. Just put the diskette in, hit Control-Alt-Delete, and by magic your program starts.”

It is good to see some honest admissions from the software maestro but all being talked of the famous Control, Alt and Delete, it is still a legend that we cherish and we need to hold onto it as long as possible. Perhaps the full fledged shifting to touch screened laptops would kill the combination.