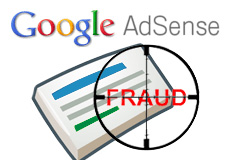 Law firm Hagens Berman that has been working on the xarelto class action but shot to fame when they pulled Google to court over the alleged monopoly in making Google as the default search engine on Android devices is now set for another showdown. The latest lawsuit is against Google Adsense, and the alleged claim is that the search company is shutting down Adsense accounts just before the payouts are due. The law firm is representing all the disgruntled ex-Adsense users.

Steve Berman, the attorney who is running the case said – “This wrongful practice has sparked numerous bitter complaints from website owners across the Web, with some reporting losses reaching thousands of dollars a pop,”

“What we believe to be true from our research is that Google’s practice is likely hurting thousands of website owners and operators who feel they have no way to fight a giant company like Google.”

Google Adsense places contextual advertisements on websites, and collects money from advertisers when internet users click the ads. A part of this money is passed onto the website owners. The case being filed states that while Google collected money from the advertisers, the money was never passed on, instead their accounts were terminated and their payments withheld.

Adsense accounts can be terminated by Google on a number of conditions. Google does not like to see other contextual ads on the same page as Google’s. Google does not play ball to websites that violate copyright laws. Ad clicks that do not seem random, but rather sourced by the website owner can be a cause for terminations as well.

The lawsuit claims that an insider from the Chocolate Factory has revealed that a program is in place since 2009 to defraud Adsense users and to manipulate Google Analytics data.

Related: Falling Objects On Construction Sites – How Dangerous Are They?