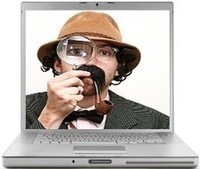 Perhaps what China did around ten years back was the right thing to do. They started monitoring each and every byte that came in and left their country. And, the world outcast them and their policies. Google especially had a lot to pay – and many companies had to pack bags.

Countries like India, which is probably a haven for freedom enthusiasts is believing more and more in communism – micro managing security just like their neighbors’ trend. Taxpayers can apply for lost pan card, but now develop concern related to their privacy.

The Indian government has passed certain legislatures to enable them to get direct access to all content on Facebook and Twitter, this includes the private messages as well. They claim that it is imperative to strengthen the cyber security paraphernalia (a phrase that was coined by the government and its intelligence agencies).

This most necessarily means that the Indian government is going to push in tons of funds in obtaining technology and resources to do the job.

These are dark days, without persistent terror threat looming large over the country, well, maybe across the world. Governments and intelligence agencies are expected to be smart and intercept plans in advance – thereby preventing attacks. But, my question is simple, since when is facebook and twitter the medium for terrorists?  Has there been any cases involving messages that have been passed on these mediums and the intelligence agencies found this out retrospectively? Last but not the least important – if terrorists are to communicate on the net, will they use facebook and twitter now, given that the government has made loud noises announcing the monitor that would be put in place?

Let us assume that there is a rational thought behind the monitoring decision. Is there a plan going forward for the monitoring activity? How many countless hours are going to be burnt on reading through messages? Is there an end date if the outcome of monitor goes as unexpected? What about other social networks like Google plus and StumbleUpon?

I don’t want this write-up to be a series of questions, and no answers. I am sure that before the decision to monitor was made, none of these aspects were considered.

If the government wants to monitor data exchange, let it cover all possible sources, not just the popular ones. Crooks are not as dumb as the intelligence agencies think, if they were, terrorism would have died a long time back. Let the monitoring process be done using algorithms that detect certain keywords, sequences and crypts. Manual job is a waste of human effort – even for India which boasts of unlimited man power at its behest.

Define milestones to assess the outcome of such monitoring, and to add on new data channels to be analyzed. The government needs to know by analyzing the data feeds whether social networks is a preferred choice or is there some other that they do not know – like pigeon post.

We expect our governments to keep us safe from terror attacks, and other unfavorable situations – and, we expect them to take pragmatic decisions as well. I hope sense prevails over the decision.