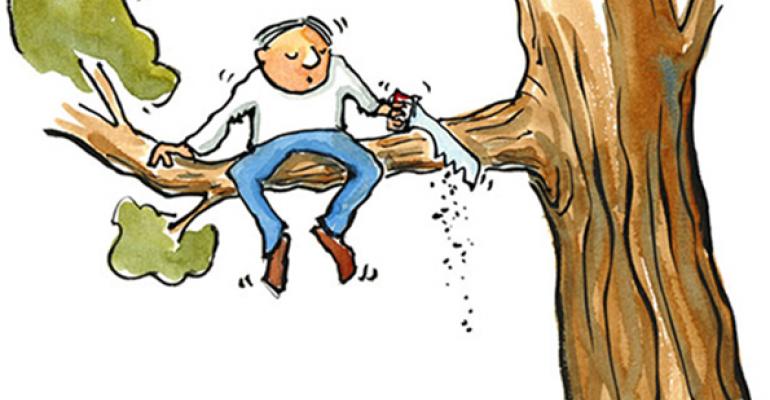 Agile is everything today, starting from running projects to the outset of people in organizations. Without agile, it seems that the system would break down. Just a decade earlier, it was a newbie trying to make inroads and being off-roaded by biggies of the waterfall generation. What has changed to make it the most sought after framework?

To me (and others in the Agile field), Agile is nothing but the application of common sense. There is nothing more to it than using our brains to check if something really makes a difference. So, what we are essentially doing today is going back to the basics, and keeping things straightforward, simple and contextual.

Agile is a LIGHT-WEIGHT Framework

When I became a project management professional in the waterfall framework, I remember the amount of cramming that I had to do for the PMP certification. There were so many concepts, principles, sequences and a whole lot of control mechanisms. To get my head around it, I needed some time off work to study and prepare as I did in my engineering exams. On the other hand, when Agile came out, I probably understood most of the framework within a couple of hours of sitting and I thought to myself – this looks so simple, does it really work if you are managing multi-million dollar project.

That was then, today having championed several projects in the Agile style of things, it is obvious why Agile is the favorite framework for managing projects across IT organizations. It gives them the freedom to move around, their clients to be themselves (fickle minded), and it saves the several hours of detailed planning (which was my favorite phase by the way in the waterfall model).

What clicks in Agile is its simplicity, and how quickly teams can pick it up and start practicing it. However, don’t be fooled by it. It may be simple, but to get it right might take several iterations of fine tuning and contextualizing the management model.

For the development teams too, Agile makes them owners and not just spokes in a wheel. Agile gives developers the right to choose what they intend to develop and see it through to the end. Nobody will dictate to them what they need to work on (unless in extraneous circumstances). The people in projects can put their stamp on their delivery and proudly proclaim – I DID THIS!

Agile is not an ALTERNATIVE to Waterfall

When I started Agile, I compared it with Waterfall at every step of the way and looked at it as an alternate framework to Waterfall. But after spending thousands of hours practicing it, I believe I was wrong. Agile is not an alternative to Waterfall. It is a parallel universe where putting down a common framework could be looked upon contradictorily. As I mentioned earlier, it is nothing but using our brains to get to the target, and creating synergy by bringing the teams to work as one. If something doesn’t make sense, the developer can openly question the customer (product owner) without the fear of backlashes. Remember that in the Agile framework, the customer is also a part of the development team and the distance between the expectations and delivery has been brought close rapidly.

That said, Agile has some principles in place. Don’t make detailed plans because you are going to modify it anyway. Work in iterations. This will help you make necessary improvements as you move along. Work as a team and not as individuals. Working shoulder to shoulder will lift a lot more weight combined rather than individually.

How To Avoid Seven Most Common PMP® Exam Mistakes

The Secret Of Creating Your PMP Exam Brain Dump Sheet

“My Projects are Constantly Late, Over Budget and Deliver Low-Quality Products. What Can I Do?”

[…] we don’t talk about triple constraints in Agile project management. We thrive on a fluid scope and the time is often controlled in iterations – called […]

[…] think it would be swell. The whole idea of developers and the Agile team coming together to watch the video around what the customer really wants brings about a […]