IT professionals or people from any of the professions for that matter have a number of tasks that they need to carry out. Some days there are a number of activities and the others, it’s sparse. According to a study that only 41% of the allocated tasks get done. The rest? Gone into the abyss! This leads to a number of IT professionals failing in their responsibilities and limiting the opportunities that could have been theirs.

The tool/technique that has been doing rounds since the past decade and a half is to jot down all the tasks you have to do and filter it based on priority. Do the most important ones first, and so on. This technique is popularly known as to-do lists.

The problem with the to-do lists is that it gives way for ambiguity to creep into your worklife. How? Say you are supposed to do Activity A, B, C, D and E today. The priority is as per the list. So, you are expected to do A first, followed by B, C, D and E. All this is fine, but, when do you get to do it? There is a big question mark around when these activities get done. We know the ones to be done first, but the most important piece of the puzzle, the when part is missing.

This ambiguity, and the lack of ownership due to it makes us lose track of the hours, and eventually we end up not doing it at all.

I was a major practitioner of to-do lists. I have evaluated, tested, and provided ideas on a number of to-do list managers on the web, desktop and apps. The last application that I relied on being Wunderlist by Microsoft. Although I keyed in, followed up and completed activities fairly regularly, I pushed out a number of them for the following day or the following week as I did not find time to do it. I have failed on a number of occasions, and so did millions of others who have relied on this technique preached by people like David Allen of GTD fame and Brian Tracy. 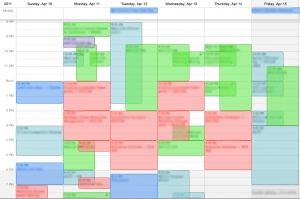 Instead of keying your activities in a to-do list, key it into a calendar, against a timeslot that you can dedicate on a particular day. Giving the activity a sense of time provides the wheels it needs to spurn the activity into action. Divide your entire day into various segments, and start slotting in your activities from your to-do list. If you can’t do it at that time, which is normal, push it out to somewhere in the calendar but not in a list.

Since I started doing it, I have become at least 50% better, and have sat down at the prescribed time to do what needs to be done. It has given me a better discipline to carry out the actions on paper. I wish I had done it earlier, I could have possibly written two more books, eh!

I have also understood that lists are meant only for shopping, and let’s keep it that way!

The Price of Right

Motivation Series : What is Motivation?