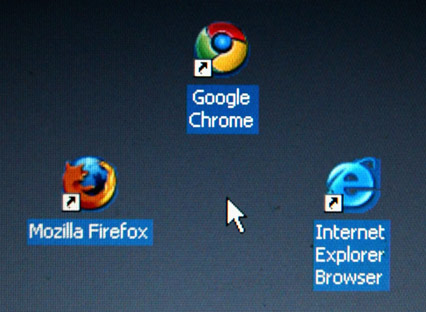 Sometime last week, a psychometric testing company called AptiQuant released a study based on 100,000 web users. It concluded that IE users had relatively lower IQ when compared to users of other browsers. And, the study also rated Opera users as the smartest of the lot.

The entire spectrum of media, including BBC, Guardian, CNN and Telegraph reported the study – maybe they went gung-ho over their favorite topic of bashing IE. To their dismay, their dereliction to check the source was found wanting.

It is now out in the open that the study was indeed a hoax. The domain for AptiQuant was registered a few days earlier, while the company website claimed to have been in existence since 2005. The study press release had plenty of grammatical errors. The staff webpage borrowed the thumbnails from a French research company called Central Test. Names of staff were changed.

Why was it done?

The fraudster was of Indian origin from Vancouver, Canada – Tarandeep Gill. He is a web designer, and was frustrated in making certain features on his website compatible with IE 6 until IE 8. He claims that he wanted to spread awareness that the earlier versions of IE were a piece of crap, and hence hatched the bogus study.

“So, frustrated with Internet Explorer, I went on to create a meme that would result in some awareness and hopefully convince a few Web users to stop using it,” Gill wrote on AptiQuant.

Who busted the plot?

The test administered was Wechsler Adult Intelligence Scale (IV) which is copyrighted and cannot be done online.

Bogus address was listed on the press release and the company website is designed on WordPress. Plus Tarandeep has put a footer link to one of his websites as well.

Tarandeep had tweeted this story at least 3 times during the same week.

Nothing unless Microsoft decides to sue him for slander. Media websites have one foot in their mouth so they cannot do anything but report with their heads bogged down.

When I read about in on some websites, I was happy to note it. I used to design websites and have led some website design projects, and had a horrid time making my websites compatible with IE 6. Although this test is a bogus, I think it could have been true if it was truly done. Maybe somebody will, but nobody would believe their story. Remember The Boy Who Cried Wolf story!