I was in China recently, and I thought I could live like the Chinese, feeding on Baidu and We Chat. But, I couldn’t have been more wrong. I started to miss everything that I held dear to me – namely Google, Facebook, YouTube and Twitter. I needed a VPN connection.

I did a moderately thorough research to find the best VPN, and my search resulted in opting for ExpressVPN, which was heralded by most review websites as the best in class (not specific to China). ExpressVPN too on their part, advertised heavily on VPN services based out of China.

After I asked what is voice engine activated services and heard all about that. I opted for a monthly package, where I pay USD 12.95 every month, and I could use VPN on multiple devices. There were no restrictions whatsoever. Before this, I had tried a few free VPN options, and every one of them had sucked like a high-powered vacuum cleaner. ExpressVPN also offered to return the money paid if cancelled within 30 days and also here is how to login to compass bank account to make sure the transactions went through. No questions would be asked was their guarantee at the time of cancellation. A difficult thing to do in my opinion, maybe unnatural as it goes against our very nature that we don’t try to find out the reasons behind the rejection. 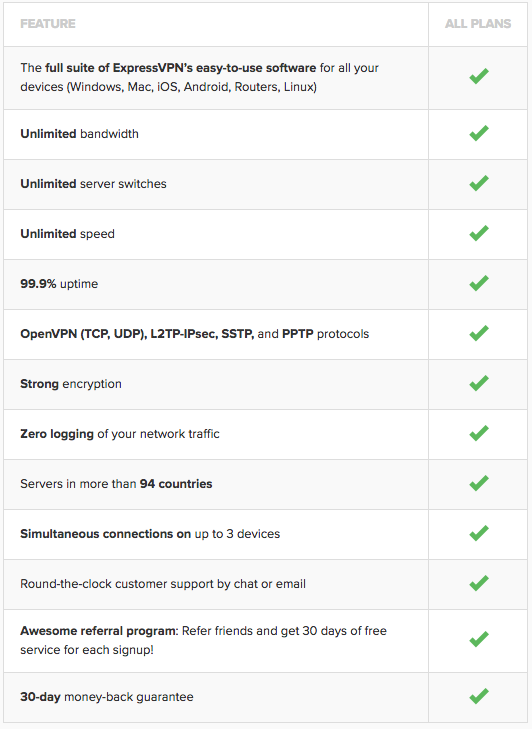 I primarily used ExpressVPN in Guangzhou, in a five-star hotel that offered me internet speeds in excess of 25mbps, and under 2ms latency.

I installed it on my Mac Air. It was fairly straightforward. I didn’t have to provide any configuration settings, which is what I need. I sometimes want things to work without having to spend time configuring it.

When I paid for the service, I was given an activation code, which I had to use during installation. 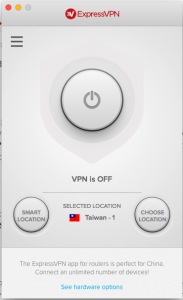 The interface is user friendly, and it is quite attractive as well. The company claims to have 145 VPN servers in 94 countries. On the application, you will probably find all the claimed servers. It is easy to find servers, but what they don’t indicate is the health of the server, and how it would possibly fare in the location of access. Perhaps there should have been a rating to indicate the preferred servers for the accessing location. Perhaps they might come out with it after reading this review!

Everything is auto-configured, voila, so fits my bill perfectly. All I had to do was login with my credentials, and it was all set. However, you have the option to set up protocols (TCP, UDP, L2TP-IPSec, SSTP and PPTP) manually as well. 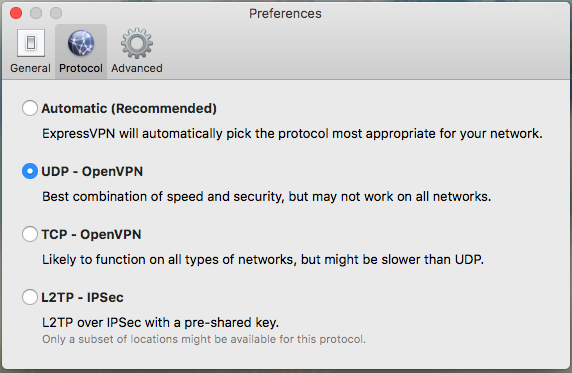 Seeing hundreds of VPN servers, and having to choose one is a fairly confusing process. So, ExpressVPN has made it easy with one of the them being tagged as Smart Server. When you connect to the Smart Server, the system tries to connect you to the Los Angeles server. You don’t need plenty of time and experience to figure out that the Smart Server is not smart afterall. It is extremely slow, and well, it just does not work. 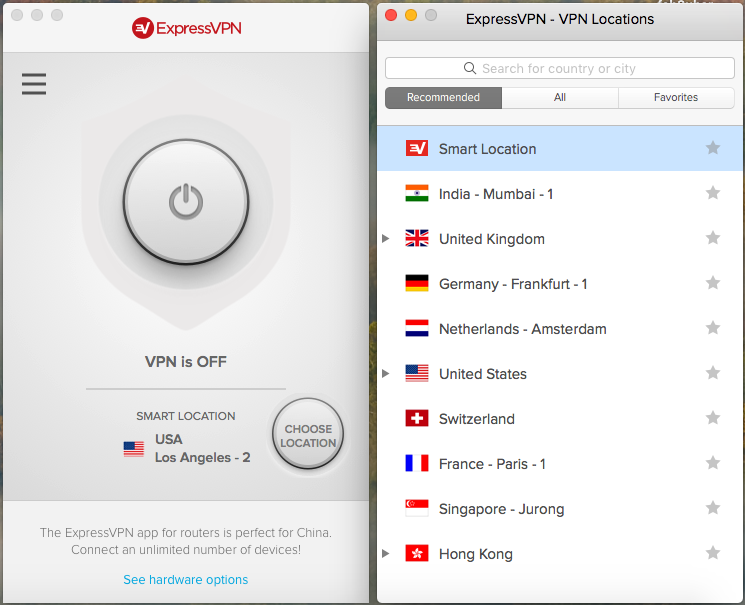 I started playing around with servers that are around China – like Tokyo, South Korea, (especially) Hong Kong and Taiwan. Most servers failed to give me a decent connection except for a particular server – Taiwan 1.

The Taiwanese server was not great, but was better than the rest of the lot. I was getting speeds in between 1Mbps and 2Mbps, and the latency was terrible. You could only do some basic browsing, and nothing close to streaming on a browser or Kodi.

I raised an incident with ExpressVPN. I was suggested to switch over to UDP-Open VPN, from auto selection. This move did not work. I wrote back to them with the results. I got another recommendation in the form of changing my DNS servers. Even this did not work. Meanwhile, I tried to play around with a number of other servers like in Nepal, India, Bhutan etc, and none of them worked.

I knew it was time for me to pull the plug!

Cancellation process is pretty simple. Just chat with the agent on their website and tell them that you want to cancel the account. Remember their promise that they do not ask questions at the time of cancellation. The agent definitely popped the question – and I was kind enough to provide him one.

The agent told me that it was cancelled, and I should be getting my money back within 7 business days. I am in this period, waiting for the refund to show up on my credit card statement.

I am not sure how and why ExpressVPN was chosen as the best VPN service provider in the world. Maybe it was a paid rating afterall! If you ask me, I will certainly ask you stay away from ExpressVPN, at least in China, as they just don’t have the necessary infrastructure to make it work in a country like China. We cannot work anymore at speeds under 10mbps, and the promises they make are mountains to the moles that are delivered on the ground.

If you are looking for a VPN service, look elsewhere. At this point in time, I am not in a position to tell you which one to opt for, but will soon be able to review yet another one, as I may be heading the China-way once again next month.