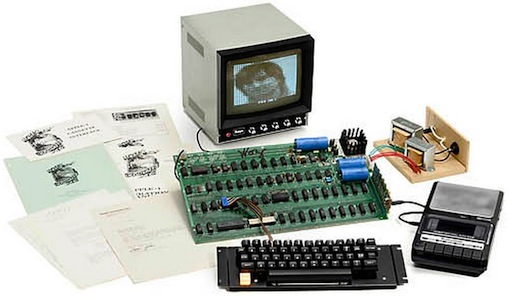 The first Apple release, Apple-1 – manufactured in 1976 has fetched $671,400 at an auction in Germany. The buyer wished to remain anonymous and is from Japan and a serial entrepreneur by profession.

The original Apple-1, designed by the legendary team Steve Jobs and Steve Wozniak was sold at $666. Only 6 pieces were manufactured, which is one of the reasons for the exorbitant price the vintage computer fetched.

The price that these machines are commanding are mainly due to the legend of the brand and the scarcity.

The original owner of the auctioned Apple was 84 year old James Hatfield, a retired electrical engineer from New Orleans. Earlier this year, the non-working machine was sold to a software businessmen from Texas for $40,000. The buyer replaced the burnt chips and wiring, and made it run. Later he flew to California to have it signed by Steve Wozniak, which would have made the machine a better bet than the predecessors that went under the hammer.