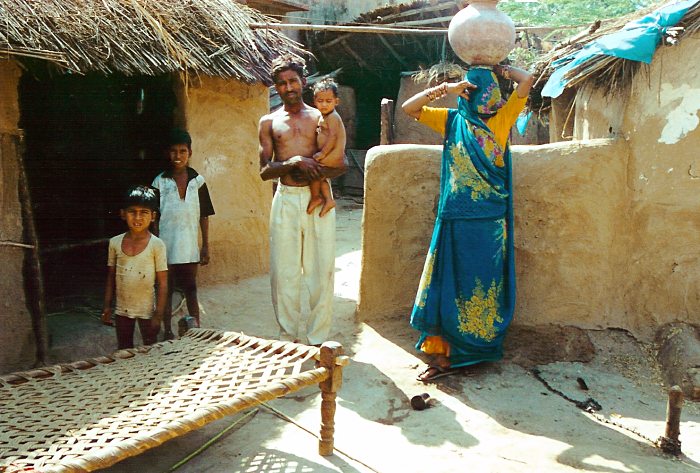 The birth of the cyber company Google was sometime in the 90s and the name was patented around the same time too. But, you would be shocked to hear that a village named Google has existed for centuries now.

Google is a tiny hamlet in North Karnataka, around 530 kilometers from the cyber capital of India, Bangalore. Around 1000 people inhabit this place. You would be surprised to hear that the village does not have internet connectivity and most are not aware that one of the world’s largest companies is named after their village.

There are a couple theories about the origin of the ever-so-popular name. In the 12th century, a saint poet named Allama Prabhu stopped by in the village while travelling from Basava Kalyan to Shreeshailam in Andhra Pradesh. The cave he stayed in has been described as Gavi Gallu (cave of stone), and the village which came around this cave is called Googallu in Kannada which translates into Google in English.

The underground cave exists. Devotees visit the cave which hosts an idol of the saint by crawling through a hole in the ground.

The second theory is based on the rocks that sing. The sound was produced by people who wanted to communicate with villagers in far-off places by hitting rocks with small sonorous stones. A special feature of the rocks in this region would produce a unique sound.

The clanging of rocks produced cup-like marks in the rocks. Prehistoric rocks with such cup marks are found in several places in the Krishna river basin, such as Watkal, Hunasagi, Hebbal Burj and other villages in Gulbarga and Raichur districts. Rocks that sing/shout is called Kooguva Kallu in Kannada, which might have let to today’s name Google.

I am going to don the devil’s advocate hat and question Google’s hold over the usage of the name. Will others be allowed to come with new businesses named after the village, and still not be pulled to court by the company. For example, I might come with new businesses like Google store, Google arts and so on. And, I am beginning to think the company Google will start to fight a losing battle. But, I am not a legal expert, maybe somebody could give it a try for a shot at fame.

In Raichur district, in north east Karnataka. I wrote the story for the Times of India two years ago. Read it here-http://articles.timesofindia.indiatimes.com/2009-11-27/india/28082280_1_google-cave-village

there is no place called google. its googal